MelodicRock Records is excited to announce the addition of another kick ass hard rock act to the label.

Please join us in welcoming Greek rock stars DANGERANGEL for the release of their hard hitting brand new studio opus All The King’s Horses, to be released September 30.

All The King’s Horses is a major step forward for the band in terms of both production and songwriting. And along with the usual high energy, in your face performance from the guys, this combination makes this an album that will put the band firmly into the minds of all hard rock fans worldwide.

This time around, the production has been undertaken by the band, with new engineer for the mixing and mastering process. The songs are more powerful, heavier and more complex in their structure. The music has evolved, the lyrics have evolved, using the previous album as the stepping stone to the end that the band had in mind more than 4 years ago. This new album will be the defining moment for DangerAngel. 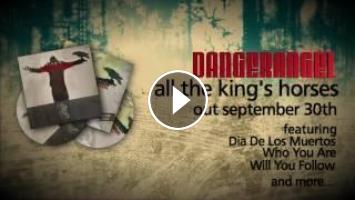