For months the underground has been rumbling about a very special thing that grows in the windy alleys of Berlin. For some KAMIKAZE KINGS are the German answer to Steel Panther, others think of them as a mangy mix of Peter Pan Speedrock and Mötley Crüe! Led by vocalist Elmo Kamikaze, a cross breed of "The Rock" and "Rob Halford", KAMIKAZE KINGS are one of the fewer bands, which you just have to notice shortly and will never forget!

On the big screen, these four Berlin guys know how to act controversially and nonconformally. In their clip "Saturday Night Hero" they present themselves as real giants of pure Rock 'n' Roll and especially in their new music video "Boys 'n' Men" they show their distinct trademarks. The first single "Boys 'n' Men" is not only rocking, but it also a great entertainment for people, who are not of a tender or weak nature!

Those, who have seen a live show of the band before, know that KAMIKAZE KINGS work more than hard. The songs, the performance and devotion with which the musicians go about at their stage performances, transports a sense of life, an attitude and a love towards the most beautiful matter of the world: Rock 'n' Roll. In this sense: Yes, they are „The Law"!!!

The fighter hymn "Boys 'n' Men" is released as first single from the in August upcoming KAMIKAZE KINGS album "The Law". "Boys 'n' Men" is available now at all download stores like iTunes, Musicload, Amazon MP3 etc. as single and will include the doomy semi-ballad "The Dream Is Dead" as a bonus track plus the music video "Boys 'n' Men" in the vingle version. 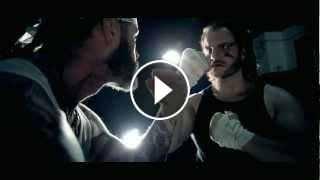 KAMIKAZE KINGS: Best Rock 'n' Roll Extravaganza ever!!! For months the underground has been rumbling about a very special thing that grows in the wind...