Added 6 years ago by admin
117 Views
Katatonia release more details of 'The Fall of Hearts'
All formats are now available to pre-order http://www.peaceville.com/store

Katatonia, the Swedish purveyors of dark progressive rock/metal, have released more details of their eagerly awaited 10th studio album – The Fall of Hearts which is set for release on the 20th May 2016 through Peaceville Records.


The Fall Of Hearts will be released on the following formats :

All formats are now available to pre-order: http://www.peaceville.com/store

Katatonia have spent the past four years since the release of Dead End Kings touring the world, as well as expanding their fanbase through two special albums on Kscope, the sister label of Peaceville. 2013 saw the release of Dethroned & Uncrowned which exploded the core of the songs on Dead End Kings creating new moods and textures. In 2015, they released the live acoustic album and concert film, Sanctitude. Both releases illustrate the band’s journey toward this, their current more progressive sound.


Katatonia have confirmed the following festival appearances for 2016: 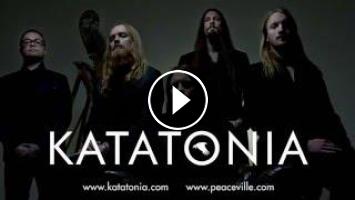 Katatonia release more details of 'The Fall of Hearts' All formats are now available to pre-order http://www.peaceville.com/store Katatonia, the Swedi...