KING - All In Black

Debut album Reclaim The Darkness, which was released 26.08.16.

KING, an unfaltering and melancholic blackened metal force - keeping the spirit of old while carving a new path, epic while remaining raw, majestic while retaining a primitive atmosphere. Within ‘Reclaim The Darkness’, KING creates the perfect soundtrack to tell tales of an old world, a world forged by the gods and walked by giants. Tales of dark and bleak battles, never-ending winters and the wonders of time and space.

KING came into existence in 2013 with founding members Dave Hill and Tony Forde working to forge a sound that captured the essence of old whilst showing glimmers of a new path. After finishing the pre-production in their own studio, drummer Dave Haley joined the line up to complete King and took the demos to Crawl Space studio where he spent the following weeks working, arranging and recording the final drum parts for the album. In the following weeks, the final guitars bass and vocals were completed.

The debut album, Reclaim The Darkness, was written and recorded over an intense 2 year period, with the final product being completed on the Autumn equinox. All music was recorded and engineered by Joseph Haley at Crawl Space Studio and mastered by Thomas Erberger at Stockholm Mastering. The result is a timeless offering, ready to be unleashed.

KING - All In Black 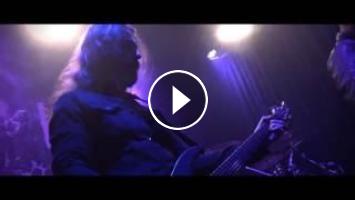 King - All in Black King's debut album "Reclaim The Darkness" OUT NOW! Stream Album: https://IndieRecordings.lnk.to/Reclai... Get your physi...