Added 4 years ago by vhm
63 Views
July 9-12, 2008 - In celebration of the 20th anniversary of their legendary album, "Kings Of Metal" MANOWAR had attendance of over 35,000 metal warriors during the greatest 4 days of heavy metal mayhem ever.

On November 27, 2008, you can experience the excitement and exhilaration of every fan in attendance as Magic Circle Music brings you the "Magic Circle Festival Volume 2 DVD". Featuring 2 discs packed with never-before-seen footage of songs from the first six MANOWAR albums - including some songs that have never been performed or presented on CD or DVD before - this DVD set is truly a historic package. This is the first opportunity to get songs like "Blow Your Speakers", "Death Tone", "Pleasure Slave", "Violence and Bloodshed" and "Kingdom Come" on DVD. This DVD also includes the first-ever live performance of MANOWAR's epic "The Crown and the Ring".

The DVD set will also include exclusive footage of MANOWAR's unprecedented record-breaking 5-hour and 10 minute show in Kavarna, Bulgaria, a documentary of the Bulgaria performance and MANOWAR performing the Bulgarian national anthem - "Mila Rodino" - with full orchestra and choir.

The DVD set was mixed by Grammy nominee Rich Breen in full 5.1 surround sound and will be available in a special-edition package. The special limited-edition package is available for pre-order at "The Kingdom of Steel" online store and comes complete with a unique steel book case and a 32-page booklet. An even more limited autographed edition of 100 serial-numbered copies is also available and can be personalized to each fan by MANOWAR themselves. 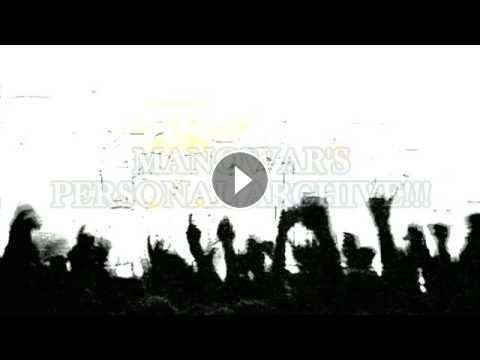