Added 5 years ago by vhm
113 Views
Dirk Thurisch -- The voice of Angel Dust is back!

After a break of ten years, former Angel Dust vocalist Dirk Thurisch finally returns with his band MERCURY TIDE, which once started as a project and now grew to a full-fledged band. The new album "Killing Saw" is a natural progression from Dirk's last album "Why?". Eventually the time has come that one of the most important German Melodic Metal vocalists returns like a Phoenix, rising from the ashes!

"Killing Saw" fascinates fans and press worldwide with top ratings and the band releases their first digital only single "Searching" which is one of the album highlights on November 23rd. Dirk Thurisch is at his best with drifty riffs and fine hook lines.

But that's not all! The single which will be released at all download stores like iTunes, Musicload, Amazon MP3 contains as exclusive bonus track MERCURY TIDE's tribute to Iron Maiden. Dirk Thurisch and his band recorded a brilliant powerful version of the track "Caught Somewhere In Time" originally released as title track of the all-time classic album "Somewhere In Time" back in 1986!

The video was made by Tim Assmann of Visionary Moments, who already worked with artists such as Jaded Heart, Tri State Corner or Traumtänzer. 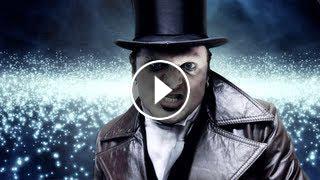