MelodicRock Records is once again turning ‘metal’ for a new release September. And we didn’t have to look far. MRR is proud to announce the signing of the first Tasmanian band to the roster.

ROADKILL will release their new album Extinct via MRR on September 9.

Formed in April 2006 - ROADKILL is an 'old school' styled high octane, rock 'n' roll band that re-introduces that genre to the world!

ROADKILL released their debut album, "God Bless America" in 2007, produced by Brett Collidge at Izaneer Studios in Tasmania. It contained 12 in-your-face anthems including, Get Outta My Way, Lazy, God Bless America, Living In Hell, Day After Day and Hollywood – all proving popular in concert.

The band were then 'off the road' for two years from 2008 - 2010 due to two band members being involved in separate, serious car accidents while another member had to leave due to heart problems.

Now ROADKILL are set to release their new 10 track album, "Extinct" on September 9.
The new album is a major step up for the band. The sonic energy is palpable. The set was produced by Joe Haley (Psycroptic) and the overall sound incorporates classic hard rock songs full of tenacity including the lead video, 'Ready For War', out now.

ROADKILL delivers a full frontal attack, with music that is aimed straight at the hearts and minds of rock fans - who crave and miss their dose of high octane, charged rock 'n' roll!

Extinct – out on MelodicRock Records September 9. 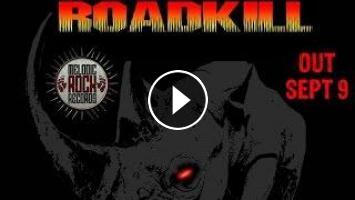