Added 3 years ago by vhm
88 Views
'Philistine Philosophies' was the lead single from the mini-album from SikTh, 'Opacities'
http://bit.ly/1M0UlPQ

Following their reformation at Download Festival in 2014, British progressive metal forefathers SikTh will release their first new music since 2006’s 'Death of a Dead Day’.

The 6 track mini-album ‘Opacities’ is set for release on 4th December through Peaceville.

Recorded at Chapel Studios, produced by SikTh’s Dan Weller (Enter Shikari / Kids In Glass Houses) and Justin Hill with mixing by Forrester Savell (Karnivool, Animals As Leaders) vocalist Mikee Goodman hails ‘Opacities’ as the best music the band have ever made, stating, “musically, vocally and lyrically it is our most complete work. We've pushed our sound to the next level."

Along with a new record, December will also see the band touring the UK following recent shows across the world in Germany, Japan, India and Nepal showing that while they were away their music and influence continued to spread.

To support the release the BBC Radio 1 Rock Show was premiered the single ‘Philistine Philosophies’ on Sunday 1st November and will be supported by a video directed by SikTh vocalist Mikee Goodman.

Peaceville present ‘Opacities’ CD as a digpack with an 8 page colour booklet with cover and booklet artwork created by London based illustrator Dan Mumford who has previously worked on artwork for Iron Maiden, Biffy Clyro, Protest The Hero & Assassins Creed. 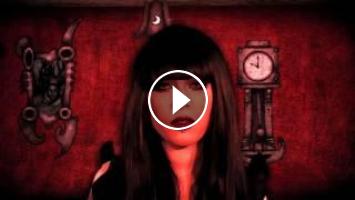 'Philistine Philosophies' was the lead single from the mini-album from SikTh, 'Opacities' http://bit.ly/1M0UlPQ Following their reformation at Downloa...