The Radio Sun - Broken (Album 'Outside Looking In' Out Sept. 30)

Added 5 years ago by vhm
101 Views
PRE-ORDER NOW VIA: www.melodicrock.com

Exactly one year out from their critically and fan acclaimed second album Heaven & Heartbreak, Australian melodic hard rockers THE RADIO SUN return with their new album Outside Looking In.
MelodicRock Records is once again thrilled to work with THE RADIO SUN for the release of their brilliant third album on September 30.

The Radio Sun - Broken (Album 'Outside Looking In' Out Sept. 30) 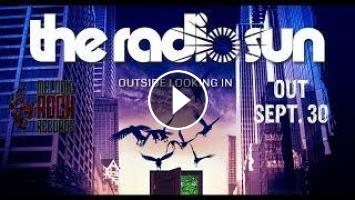 PRE-ORDER NOW VIA: www.melodicrock.com Exactly one year out from their critically and fan acclaimed second album Heaven & Heartbreak, Australian melod...