Added 2 years ago by vhm
165 Views
http://shop.napalmrecords.com/goi-rode-goi.html
On "Goi, Rode, Goi" Arkona, the Pagan Metal mongers revolving around frontlady Masha Scream, give the legends and traditions of their Russian homeland new life and thus, forge steadfastly forth creating a captivating mix of metal and folk exceeding in a welcomed diversity. The characteristic signature sounds stemming from the mind of Masha run through the compositions in which folk melodies, delivered by authentic and at times medieval instruments, join the lively metal riffs, blastbeats, and double bass interludes. The songstress and concurrent band mastermind provides depth with varied vocal lines that include a wide spectrum of clean and black metal parts. The highlight of this latest work is undoubtedly the monumental "Na moey Zemle" on which an illustrious guest line-up (Heidevolk, Menhir, Månegarm, etc.) provide the track with a character all of its own, making it the core of "Goi, Rode, Goi". While this sweeping and majestic epic song stands out deservingly, it certainly does not take away from the remaining tracks' songwriting merits. As in the past, Kris Verwimp's masterful brush has visually ennobled this package. Arkona have exceeded their previous and much praised releases with "Goi, Rode, Goi" and proceed to finally take over the Pagan Metal throne. 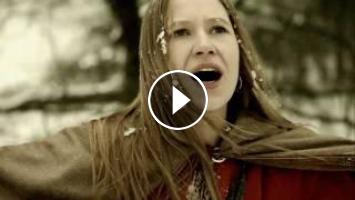