MelodicRock Records is excited to reveal yet another new artist destined for bigger things and at the same time, the label takes another musical turn with an album drenched in the authentic Midwestern rock n roll sound that such artists as John Kilzer, Henry Lee Summer and Little America delivered with such passion.

We’re talking about JADED PAST. And the new album ‘Believe’ will be released via MelodicRock Records on August 19.

This is the second album for the band, with the debut released independently in 2012. Jaded Past is the creation of lead vocalist, guitarist and songwriter George Becker.
George has been a long time veteran of the East Coast music scene and has shared the stage with numerous national acts.

George has been in the studio working tirelessly with producer Steve Brown of (Trixter, 40ft Ringo), who also contributes some guitars and backing vocals for this release.
The result is a genuinely warm and engaging record that takes a guitar driven rock sound and mixes in the roll in the form of some Midwestern John Mellencamp, high energy rock-n-country.

Following the release of the CD, Jaded Past will embark on a number of live performances beginning with a headlining show at the Jersey shore on August 13, 2016.

Then in the late fall, Becker will take Jaded Past on the road in support of the new CD release in areas spanning the East Coast, New England, Midwest, Southern Region and possibly The West Coast.
For the 2016 live shows, Becker has enlisted the amazing line-up of Scott LaFlamme on lead guitar, Jason Cornwell on bass and Rob LaFlamme on drums.

A full 2016 concert schedule can be viewed at www.jadedpast.com.

George Becker also plays an array of Acoustic Solo and Duo shows all over the New Jersey / New York and Pennsylvania area and in 2016 will be branching out into Connecticut, Rhode Island and Maryland. These dates can also be found on the Jaded Past website. 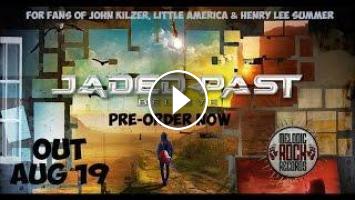